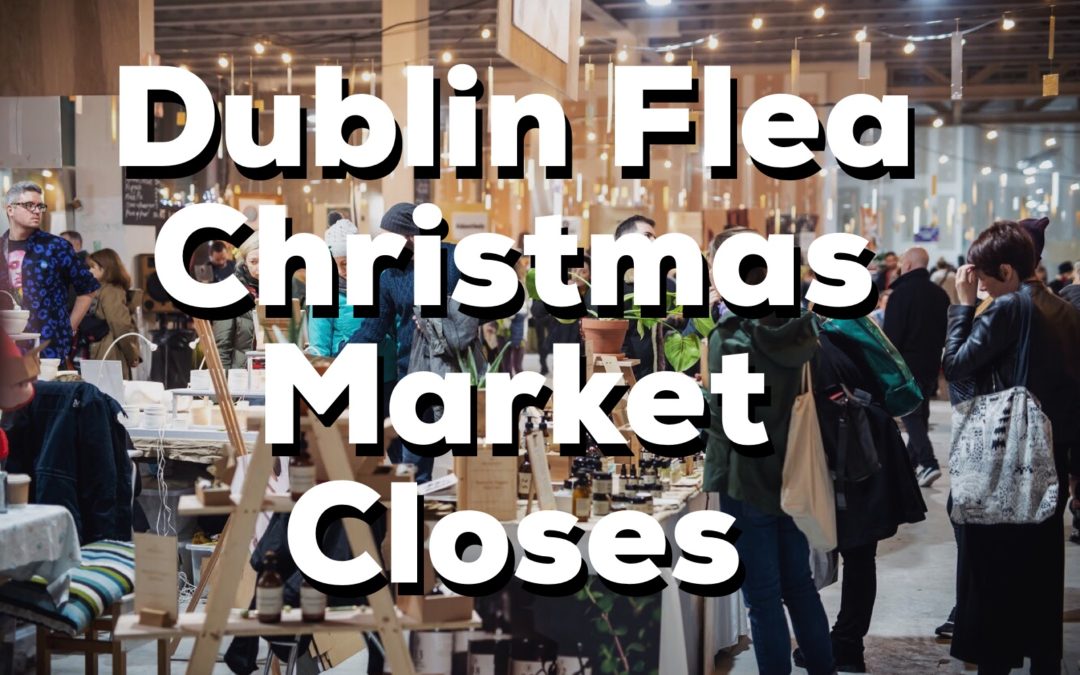 It is with a very heavy heart that we write this post.

Over the last six months we have tried our best to figure out the future of the Dublin Flea Christmas Market. We have applied for numerous grant applications, reached out to scores of organisations, individuals and public bodies for support and investigated as many viable alternative venues as possible. However, sadly we have come to the heavy realisation that, at this time, there is insufficient infrastructure and support for an event of this type and scale in Dublin city.

It is quite unbelievable that an event which had an estimated spend of well over €3 million, which received over 600 submissions to trade from all over the country in 20018 and attracted 73,000 visitors can be closing down because there is nowhere for it to operate and no support forthcoming. We are devastated.

However we believe we can be proud of what we achieved. The collaboration that took place between the Dublin Flea, our 300 start-up and small creative enterprise traders and the public in 2018 showed us what is possible.

We will be refocusing our energy in the coming weeks into lobbying local and central government, asking them to acknowledge that this city is in dire need of more cultural and event spaces. We will be working on a proposal and a petition to gather ideas and support for this campaign. We will be in back in touch with more on this shortly.